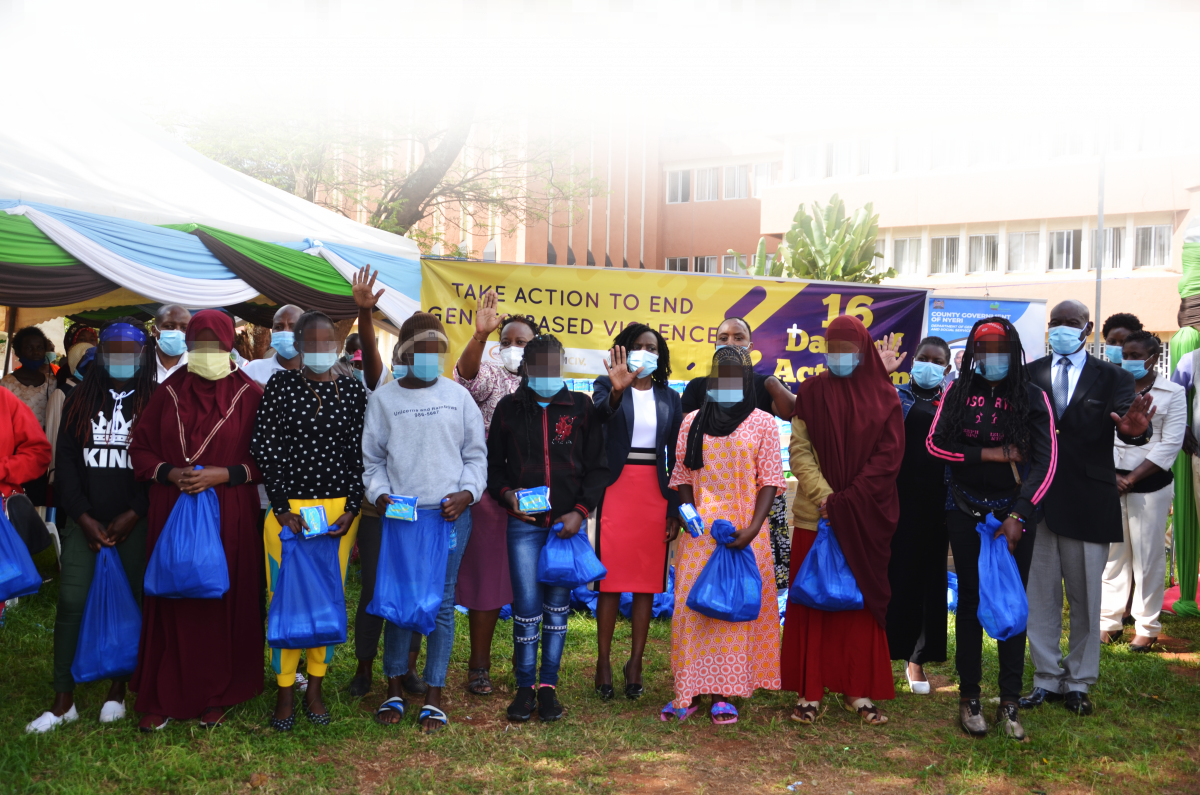 The Covid-19 pandemic has caused great havoc and disruptions not to mention the social and economic upheavals across the world. In Kenya, to stem its spread, schools, religious institutions and businesses were closed abruptly while curfews and lockdowns were imposed. The resultant effect of this was massive job losses, loss of livelihoods, economic constraints, increased poverty and unattended adolescents as parents struggled to make ends meet. A notable spike in Gender Based Violence (GBV) and in particular Sexual and Gender Based Violence (SGBV) directed to girls and women who are more vulnerable to exploitation was evident.

Nyeri County experienced a similar upsurge in GBV cases, with most of them going unreported. The number of teenage pregnancies escalated mostly due to sexual violence. Girls between the ages of 12-18 years were the most affected as many of them got pregnant as a result of Sexual and Gender Based Violence (SGBV) and also out of curiosity (as is the case with all adolescents) and idleness.

The outcome threatened their future in education and economic well-being. The county has over 500 reported cases of teenage pregnancies during the COVID-19 pandemic while the youngest reported case of defilement was a 4 month old infant.

As such, the County Government of Nyeri through the Department of Gender, Youth & Social Services started an initiative in July 2020 dubbed ‘A better tomorrow for teenage mothers and SGBV victims’ which sought to address the challenges of teenage pregnancies, teenage mothers as well as victims of SGBV from poor backgrounds. Most of these teenage girls and young women were victims of SGBV before, during or after Covid -19 lock downs from all the eight sub-counties of Nyeri County.

For this noble initiative, the County Government of Nyeri under the leadership of H.E Governor Mutahi Kahiga scored another first by winning the National Gender Equality and Women Empowerment Award. This award was announced by the First Lady Margaret Kenyatta, in recognition of the county’s outstanding achievement and contribution in advancing the gender equality and women empowerment agenda.

In close collaboration with the National Government, the department identifies these girls and their guardians or parents. Later, it holds sensitization, empowerment forums, psychosocial support, counseling sessions with the girls and their parents and supports them with food and non-food items like dignity kits envisioned to last them for over six months, support with mama care packs among others.

Impact of the Innovation on Gender Equality and Women Empowerment

• More GBV victims are more bold in telling their stories, giving hope and encouragement to other victims.