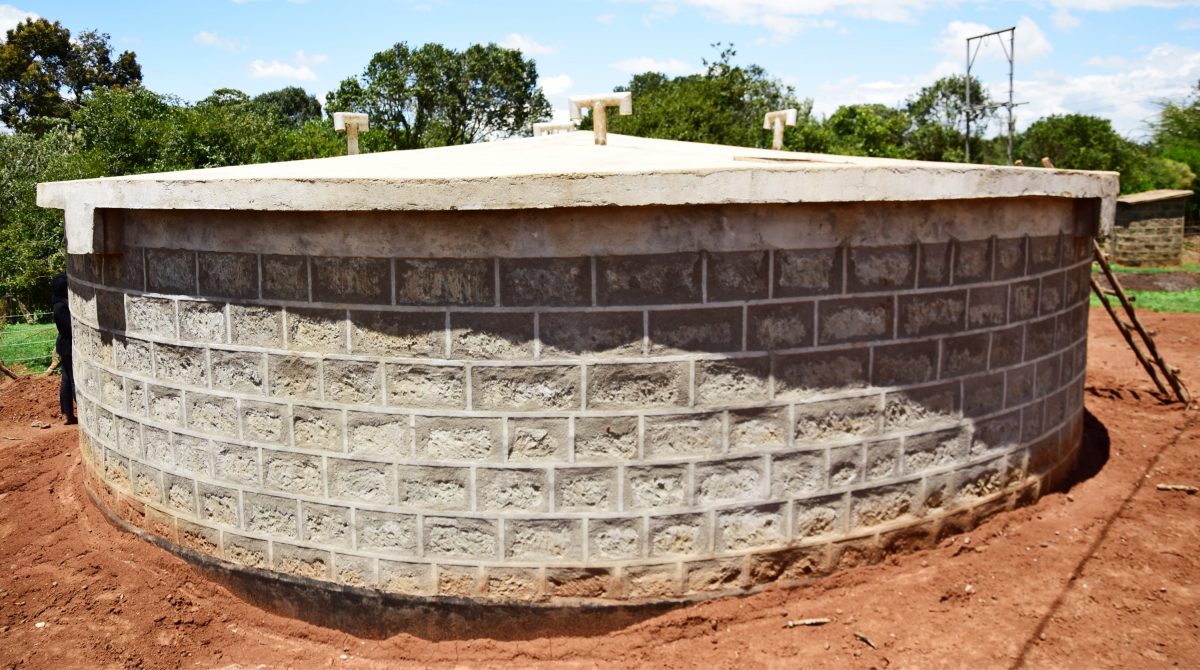 In the last three financial years, the county government has drilled and rehabilitated 46 boreholes with majority of the boreholes being in both Kieni East and Kieni West sub-counties where many residents are already benefiting from the water directly for either domestic use or for irrigation.

Water is a critical basic commodity that is crucial not only for meeting basic human needs but also for socio-economic development.

Due to the insufficiency of this basic commodity, parts of Nyeri county particularly Kieni East and Kieni West sub counties which forms 52 % land mass of the county have not been able to live up to their full potential – being the food basket for the county. It is estimated that with sufficient water supply, Kieni could feed the country, as it has good soils and a favorable topography.

It however falls on the leeward side of Mt. Kenya and is therefore classified as an ASAL area.

Most rivers are seasonal, further aggravating the drought situation. The area largely depends on rainwater, which is unreliable and erratic owing to the geographical location of the vast sub-county.

The County Government of Nyeri under the leadership of H.E Governor Mutahi Kahiga has remained committed to providing this basic commodity and ensure its demand is met across the county.

According to the Department of Water, Environment, Natural Resources and Climate Change CEC Fredrick Kinyua, there are plans to implement water projects at a total cost of about Kshs 53.4 million in this current financial year 2020/2021.

These projects will benefit over 6,200 households in the county.

The department has already drilled and is currently equipping 10 boreholes with solar system fitting. Out of these, Small Irrigation and Value addition Project (SIVAP) has drilled two boreholes at Naromoru, Kieni East through the Department of Agriculture while the National Irrigation Authority (NIA) at Ragati area in Gakawa ward, Kieni East sub-county has drilled one.

In addition, the National Government has proposed to drill 50 boreholes in the county.

Through the Department of Agriculture, other irrigation projects that have been completed are Kiria Dam, Kamangura Dam, Lusoi Dam and Thiha Sagana Irrigation Project and three masonry tanks. The World Bank through the Kenya Climate Smart Agriculture Project (KCSAP) funds these projects.

Further, before the end of this financial year, a masonry tank will be built at Gatina in Konyu ward, Mathira East sub-county and 10 irrigation and pipeline works have already been planned, with the completed Kahigaini/Kanjora pipeline at Dedan Kimathi ward awaiting inspection.

The county government has collaborated with Tana Water Works Development Agency to improve water distribution in Naromoru town and its environs. The county has constructed a water treatment plant at a cost of Kshs. 34 million and Tana has financed the new pipeline at a cost of Kshs. 10 million. The department is also currently working in partnership with the Kenya Power and Lighting Company (KPLC), in installation of three phase power at Titie and Naromoru Treatment Works. Implementation of the same is currently underway once tendering is completed.

In the last three financial years, the county government has drilled and rehabilitated 46 boreholes with majority of the boreholes being in both Kieni East and Kieni West sub counties where many residents are already benefiting from the water directly for either domestic use or for irrigation.

Out of the 46 boreholes, the county government has drilled 29, while 17 have been done in partnership with the International Fund for Agricultural Development (IFAD) and Tana Water Works Development Agency (TWWDA). 42 boreholes are in Kieni East and Kieni West sub counties while four are in Mathira East sub-county.

On conservation of environment, Nyeri County boasts of having the highest percentage of tree cover at 38.3% percent and the county government’s leadership has remained committed to retain it by supporting initiatives that seek to increase it.

Through the Directorate of Environment and Climate Change, it has planted over 80,000 tree fruit seedlings and a further 50,000 fruit trees through the Department of Agriculture through greening initiative in partnership with government institutions, private sector and other non-state actors.

Recently, the county government also collaborated with the Akurinu Church to plant over 100,000 indigenous trees in public lands as its members were celebrating 100 years since the inception of the church.